Shouldn’t everyone be required to have health insurance? We all seem to recognize the importance of having car insurance, right? What’s the difference between car insurance and health insurance? Insurance is a way of guaranteeing that each of us will cover costs for which we are responsible. That’s all it is. How could anyone be against that?

What the Trump/Ryan healthcare bill tried to do is have Americans pay more for healthcare so they could then take that savings and reduce taxes on corporations and wealthy individuals. Premiums would skyrocket for those who need healthcare the most. Thank you, President Trump and Speaker Ryan, but no thanks. Your proposal was shameful and deserved the ugly, public death it received. Yes, premiums have risen far too much under Obamacare, but that happened because Republicans have failed year after year to fix it. Their current plan is to let it languish and die and then save the day with a replacement that wI’ll have have catastrophic results for our nation’s most vulnerable. Their partisanship and dishonesty is representative of everything that’s wrong with politics today. Drain the swamp? Absolutely. And let’s start with the slimiest of the lot: Trump and Ryan. 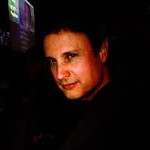 It’s a cruel world; don’t let anyone tell you it isn’t. Peter Siebert was, by any measure except commercial success, one hell of a piano player. I don’t know anyone who practiced longer or with more iron-willed determination than Peter. He made every moment at the keyboard count. His authority was evident to anyone who heard him play. He was a white master at the keys. END_OF_DOCUMENT_TOKEN_TO_BE_REPLACED

Benjy Sarlin’s article for NBC yesterday discussed the unexpected calm following President Trump’s explosive announcement that former President Barack Obama had personally ordered an illegal wiretap of his offices in Trump Tower a la “Nixon/Watergate,” going so far as to call President Obama a “bad (or sick) guy.” Unfortunately, Mr. Sarlin’s conclusion completely missed the mark. The reason for the calm was not, as Mr. Sarlin suggests, a result of our becoming accustomed to the pomposity, wild self-serving exaggerations, and outright lies that are Donald Trump. The reason for the calm was, and remains, utter shock. Mr. Trump’s claim was so audacious, any sane individual would think it would have to be backed up by some kind of credible evidence.  Considering Trump now has access to the world’s best intelligence services, if his accusations are true, evidence should be easy to come by — although seemingly Mr. Trump is asserting the FBI was complicit in Obama’s alleged crimes. No one in his or her right mind would ever so publicly accuse a former President of the United States and the Federal Bureau of Investigation of a crime that could easily lead to an unprecedented political scandal without something to back it up. The calm Mr. Sarlin discussed is simply America waiting for our elected officials and news outlets to determine whether his accusations are credible or if the man has gone certifiably bat-shit crazy. Perhaps most likely, Trump et al. believe that offense is their best defense. Are his claims just a distracting counter-punch to the allegations of his colluding with the Russians to unfairly and illegally influence the outcome of our elections? Or were they to turn the spotlight away from the blatant perjury by Jeff Sessions, his newly installed Attorney General, and the fact that criminal indictments have been brought against individuals for doing far less? If it turns out that Trump’s charges are baseless and amount to nothing more than political deflection, I pray Americans will do all in their power to remove this man from office as soon as possible. This sort of behavior cannot stand. Likewise, we should remove any politicians that are enabling or sheltering him, politicians that have sided with power, privilege, and party before principle and the preservation of our democracy. It’s one thing for Republicans to pragmatically support Trump to achieve their goals; it’s another thing to support a man who is undeniably damaging this great nation of ours. If Trump’s outrageous claims were made without a shred of credible evidence, his actions, at a minimum, should provide definitive justification that America is in immediate need of a special prosecutor to investigate the Trump Administration’s ties to Russia. With both his National Security Advisor and his Attorney General caught red-handed lying under oath about Russia, the situation continues to look bleaker and bleaker for Trump. As the saying goes, Where there’s smoke there’s fire, and there is now so much smoke billowing out of White House windows, you’d think it was a Cal dorm in the ‘60s.

Okay, you can do it. Just take your hand off the red button. Remember the last time you were feeling all cranky and started fiddling around with that thing? Remember how scary that was? Remember how upset everyone got? We don’t want to go through that again, now do we? So be a good boy and take your hand off the button. Hey, I got a great idea! Why don’t you come over here and look out the window with me? Wow, you can see how large your inauguration crowd was, right from here! It was huge! Biggest ever, right? So come on, take your hand off the button and come over here and tell me about how huge that crowd was. It was the biggest ever, right? Come on…

Everyone, please remain calm. This is perfectly normal behavior for someone who is bat-shit crazy.

Mr. Trump, I’d like to introduce you to The Truth. You two may have passed each other in the hallway a few times but I’m pretty damn sure you’ve ever met.

Someone I know went a bit too cuckoo for their CoCoa Puffs this morning.

President Trump’s assertion that Russia’s “meddling” in our election isn’t really material because it had no discernable effect on the outcome of our election is just another lame attempt of his to cover up the truth. Russia did influence our elections. Here’s one such example from an influential Democrat turned Trump supporter: END_OF_DOCUMENT_TOKEN_TO_BE_REPLACED

Heard about you leaving America’s Got Talent. It‘s one of the few shows our family tries to watch together and we’re sorry to see you go. That said, after reading your public resignation letter, I’d like to offer some advice and a perspective of which you may not be aware. One of the main differences between “the greatest generation” (or even us baby-boomers) and those that followed is that the greatest generation always accepted that work sometimes sucked — not all the time but often enough that they can fully appreciate the difference between work and golf, something subsequent generations can’t quite seem to get through that thin skin of theirs. END_OF_DOCUMENT_TOKEN_TO_BE_REPLACED 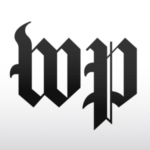 You recently published a story titled, Trump makes 13 dubious claims at Florida rally when perhaps the title should have been, Trump tells 13 lies to supporters at Florida rally. Isn’t that a more accurate description of what happened? Calling a lie a “dubious claim” is like saying that from time to time my wife gets “disenchanted” with me. (Why his supporters don’t care about his non-stop lying is beyond me. How can lying not matter?)

But whether they care or not, history undoubtedly will so please don’t soft-pedal President Trump’s lies by calling them “dubious claims.” A lie is a lie.

New to the Blog?

Welcome! I hope you find something here that's entertaining, eye-opening, informative, funny, or even down-right aggravating. I’m writing this blog not only to figure out what I think about things but to understand what YOU think as well, so please leave your thoughts in the comment section below each post.

If you're unsure of where to start, here are a few of my favorite posts. (Just click on a link below.)

Political:
UnAmerican Activities
Can We Talk About a Woman’s Right to Choose?

What I'm Up To When Not Blogging:
Currently Reading:
Waking Up by Sam Harris
Recent Favorites:
The first three Game of Throne books. (All the books in the series were great but the first three books were truly incredible. The audio versions on Audible.com are even better than the HBO series!)
Btw, I Love Audible! If you're not already an Audible listener, you've got to try it. Audible allows you to fill the wasted minutes/hours in our days with something productive and enjoyable.

Currently Watching:
Game of Thrones -- Season 3
Mr. Robot -- Season 2
(I know, I'm way behind on my television watching!)
Recent favorites:
Downton Abbey - It was touching, informative, and completely enjoyable from the very first episode to the last. The entire ensemble was first rate. And Maggie Smith was hysterical! What a treasure she is! A MUST see!
Fargo Season 1 - Absolutely terrific and very, very funny!

Currently Writing:
Just finished an update to my collection of short stories, The Art of Coincidence - Available now at Amazon.com!

Currently Exercising:
Does a walk around the block in 2008 count?